WE ARE CULT: BRISTOL MEET A fun, friendly celebration of cult TV! 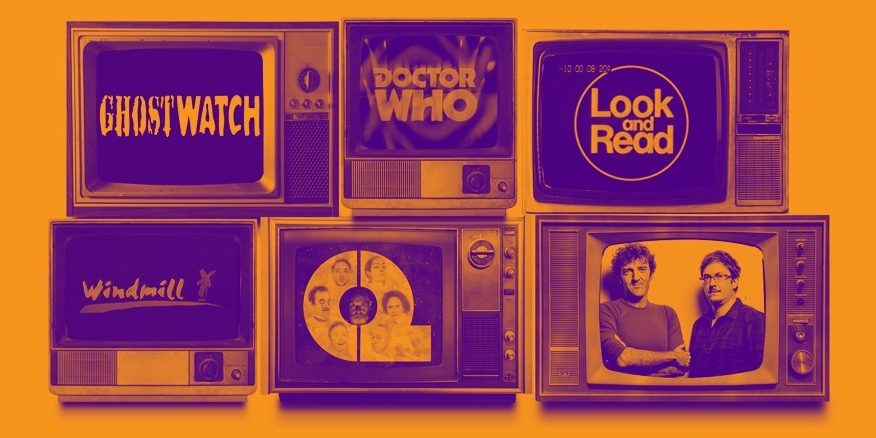 News, reviews and features devoted to all things cult

The We Are Cult website celebrates Cult TV and was founded by author extraordinaire, and hoopy frood who knows where his towel is, James Gent.  In 2016 I had the honor of corresponding, and continue to do so, with James as You and 42 The Hitchhiker’s Guide to Douglas Adams began to develop. Within said Guide, James contributed two essays alongside authors from the Galactic Hitchhiker’s community, Zaxley Nash, Kevin Jon Davies, Gabriella Sepsik, and the Voice of our Guide Jay Rainha, and many more.

With that said, James is a powerhouse of Cult lore, including but not limited to Doctor Who, Blake’s 7, Hitchhikers, Monty Python knowledge and especially all things David Bowie. This July after “…three years in the making, a David Bowie tribute anthology like no other, boasting over 50 unique and exclusive tributes and reminisces, and bookended with brilliant notes by Bowie expert Nicholas Pegg and former President of MainMan USA Tony Zanetta. One more proof to go and then it’s over to Barnaby at Chinbeard Books who are getting “Ziggy” with it. Due to be released on July 11 2019, 50 years to the day since #SpaceOddity was first released. All profits toward #CancerResearch.” (Borrowed from Chinbeard Books facebook page announcement.)

Chinbeard Books is operated by That Eaton-Jones Fellow, The Creative Chinbeard, Barnaby Eaton-Jones, who is “…A published poet, author, voiceover artist and award-winning playwright, he’s also the wearer of one of the finest chin-minges this side of Ming, the Merciless.” Barnaby is another hoopy frood I begun to correspond with for You and 42 around the same time as James. I always get a laugh, or well needed smile, from his comical posts on social media, and am very grateful for his contribution to You and 42.

I am of the opinion that with his unlimited tetrabyte brain James far surpasses anything put out by Megadodo publications. The content upon the We Are Cult website strongly reflects the unlimited knowledge available to readers through top class authors like James. A fair number of the We Are Cult authors I have had the honor to be published alongside in varied Doctor Who and Hitchhiker’s essay collections.

Below you will find all the information you need to know in order to attend this splendid and worthwhile event you should find yourself at.

Additionally I took note not only of all the great guests, but of Douglas Adams biographer, author of The Frood: The Authorized and Very Official History of Douglas Adams and The Hitchhiker’s Guide to the Galaxy, Jem Roberts. The team behind You and 42 have been very grateful for Jem’s support of and Foreword within our love letter to The Frood.  The recent publication of Tales of Britain is Jem’s latest tome of “…77 timeless tales from up and down the length of Great Britain – Wales, Scotland, Kernow, England and the Isles – have been retold for the 21st century by curious storyteller Brother Bernard, with a tourist guide to the real location of each folktale included.” I would pay the £30 to attend the We are Cult Bristol Meet just to see Jem perform, his work, whether literary or musical, has my wife and I in stitches.

From the We Are Cult Event Page:
About this Event

Remember hiding behind the sofa for Doctor Who, being traumatised by Ghostwatch, going treasure-hunting with the Famous Five and learning to ‘Look and Read’ with Wordy, watching the avuncular Chris Serle presenting Windmill, In At The Deep End and The Computer Programme, or laughing with 2point4children, End of Part One, Whoops Apocalypse and Red Dwarf? More recently, you’ve probably enjoyed the Philomena Cunk specials and the best-selling and hugely popular Ladybird Books for Grown-Ups series! If so, We Are Cult‘s debut convention, its BRISTOL MEET is the event for you!

WE ARE CULT: BRISTOL MEET

The first We Are Cult convention, WE ARE CULT BRISTOL MEET, is a one-day event in Bristol this June, where we will present a series of informal, intimate panels with writers, actors and creators from the worlds of cult film and television, including a few surprises along the way. This unique, one-day event is happening on Saturday 22 June, 2019, at To The Moon, 27-29 Midland Road, Bristol BS2 0JT.

A regular contributor to We Are Cult, Sam Michael is a stand-up comedian who has enjoyed great success on the comedy circuit and is host of his own show on Kennet Radio. From the same county as Ricky Gervais, Jimmy Carr and Charlie Brooker, Sam brings a likeable innocence to the stage!

THE REVIEW OF DEATH on Season 26

Join popular Doctor Who vloggers The Review of Death, aka Matthew Toffolo and Billy Garratt-John, on a whirlwind retrospective of Doctor Who’s last “Classic” season, which turns 30 this year!

Chris Chapman is an award-winning documentary-maker and writer who currently works on the BBC’s Doctor Who Blu-Ray range, as well as penning adventures for Big Finish. Chris shall be chatting all things Who – Blu-Ray, DVD and Big Finish – with exclusive clips too!

Stephen Volk is probably best known as the BAFTA-winning writer of the notorious Ghostwatch, which spooked the nation and was recently voted one of the top British horror films of all time. Stephen will be in conversation with freelance writer and editor Will Salmon (SFX, Total Film, The Quietus, Digital Spy, Star Wars Insider, Clash).

In 1969, Bristolian Chris Serle joined the BBC as a radio producer. After five years with Radios 2 and 4, and some moonlighting appearing in sketches in Dave Allen At Large on BBC TV, he transferred to BBC Television as producer on the Parkinson show. He moved into full time reporting on That’s Life with Esther Rantzen and then made three series of In At The Deep End in which he learnt skills including ballroom dancing, snooker, opera-singing and skippering a yacht in the Fastnet Race. He presented The Computer Programme, Secret Coastline, Sailaway and Windmill, the BBC’s archive series. He has also presented People, 60 Minutes, LWT’s Friday Now and Points Of View.

Chris will be in conversation with writer Louis Barfe, author of Where Have All the Good Times Gone?, Turned Out Nice Again and The Trials and Triumphs of Les Dawson.

There’ll be an hour long break, where you can hang out with other guests, suss out new merch from Cardiff’s Candy Jar Books, and take part in a pop-up board games table.

Award-winning publisher Candy Jar Books are the independent publisher of the popular Lethbridge-Stewart series. Writers Nick Walters and Andy Frankham-Allen will be present!

Andrew Marshall is the writer of 2point4children, Dad, Health & Efficiency and Strange for the BBC; and a co-writer of Whoops Apocalypse, The Burkiss Way, Alexei Sayle’s Stuff and End of Part One. Comedy writer, TV producer Rob Grant is the co-creator of Red Dwarf and was head writer of Spitting Image. They will be discussing all this and their BBC Radio 4 series The Quanderhorn Xperimentations.

The panel is chaired by Jem Roberts, the official chronicler of I’m Sorry I Haven’t a Clue, Blackadder, Douglas Adams and Fry & Laurie! Jem’s work has appeared in publications as diverse as The Guardian, Rolling Stone, SFX, Total Film and many more.

Gary Russell is best known for his involvement in Doctor Who in various media, but we won’t be talking about any of that! In this chat with Anthony Townsend, Gary will be discussing his time in 1978 television series The Famous Five, and the fondly remembered Look & Read mini-drama Dark Towers. Interviewer Anthony Townsend recently played two roles in the Big Finish audio, Doctor Who: Iron Bright; and appeared in the Audio Visuals Doctor Who plays Truman’s Excellent Adventure and Justyce and the fan video project Devious.

Joel Morris & Jason Hazeley are among Britain’s busiest comedy writers. As well as co-writing the Philomena Cunk specials in which Diane Morgan plays documentary presenter Philomena Cunk, they also created the best-selling and hugely popular Ladybird Books for Grown-Ups series. In Short Stories: Big laughs in small spaces, they will be talking about the art of making jokes in the shortest space possible (one liners, twitter, their Ladybird books, Cunk specials, etc) and how to get depth and character and gags into small gaps.

The finest, funniest stories of England, Scotland & Wales, refreshed for the 21st century. By Brother Bernard, as told to Jem Roberts.