Happy Birthday to the Dynamic Duo! – Sylvester and Sophie

You are here:
Encyclopedia GalacticaEntertainmentHistoryRoughing it, slumming it, and facing terrible oddsThe Whole Sort of General Mish MashThis just in 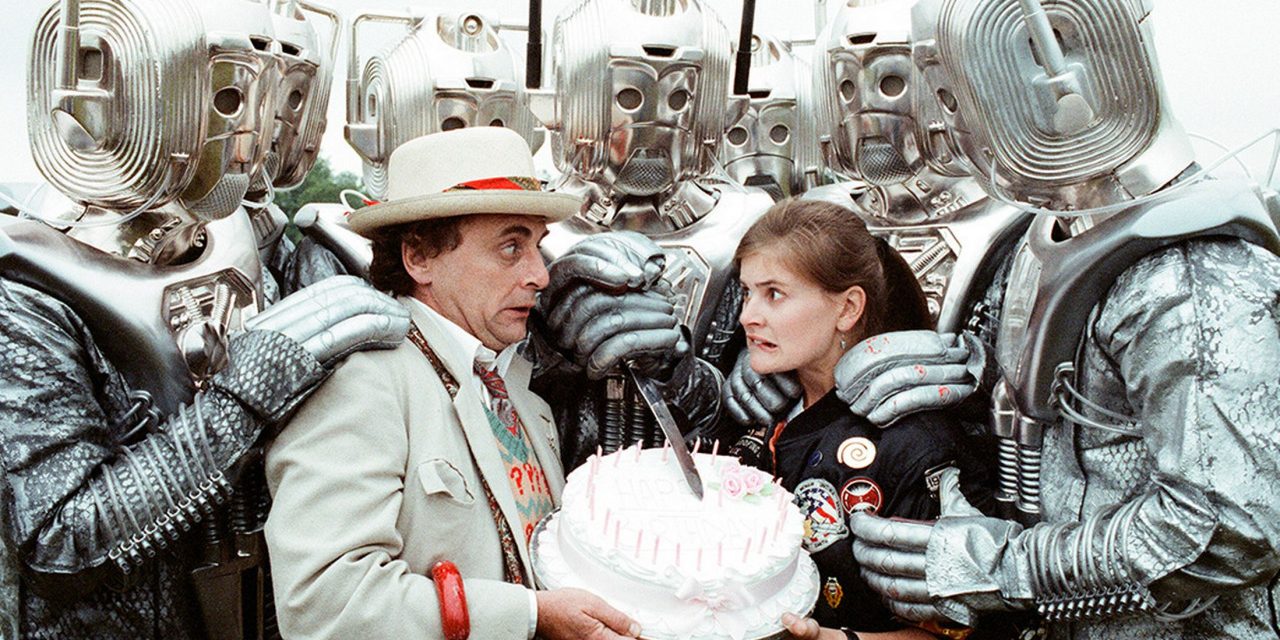 As Many of You know, I am very much into Doctor Who. I’ve started with the Modern Era a while ago and since I got hooked I’ve tried to get into the Classic Series as well. Now, I had a taster session from Every Doctor and Companion in Existence, but none of them left such a great Impression on me as Sylvester McCoy and Sophie Aldred’s duo.

Ace was an unexpected character to turn up in the show. Before She accidentally become a companion, Sophie was into Musical Theatre and Shows aimed towards Children. I say accidentally as She did not apply. Her agent did. She went onto the Audition and later for a Recall but She did not expect to receive the role. She did. It was quickly offered up to her as a permanent one as the Actress playing Mel announced her wish to depart from the Series soon after She got the part of Ace.

Theatre was a common thing between her and McCoy as He used to be a part of a Roadshow before He became the Doctor. He was famous for his comical stunts and his portrayals of Buster Keaton and Stan Laurel. He also played a character Sylveste McCoy. Eventually, He became known as Sylvester McCoy, after adapting the name as a Stage Name.

Let’s have a look at the time this two became official companions:

Ace was known for calling the Doctor “Professor” many times during the show’s running. It’s unclear how that came into being, but it has stuck with their characters and gave a unique vibe to their relationship.

The best thing that I like about
Ace is that She wasn’t just there to be eye-candy. She was special. She was cool, tough and strong-willed. Finally, We got a Strong Female Character, not just a Damsel in Distress. She could save the day on her own, She didn’t need others to do the job for her. And that was great.

“The Doctor: I don’t suppose you’ve completely ignored my instructions and secretly prepared any Nitro-9, have you?
Ace: What if I had?
The Doctor: And naturally, you wouldn’t do anything so insanely dangerous as to carry it around with you, would you?
Ace: Of course not. I’m a good girl and do what I’m told.
The Doctor: Excellent. Blow up that vehicle.”

Beside their on-screen Chemistry, They also seem to be getting on well off-screen too. They still hang out with each other at Cons and never seem to have anything bad to say about the other. Now, Any other fan knows that sometimes actors don’t get on well with each other off-screen and that could leak into their acting too.

Not for this two! Just today, Sylvester McCoy’s Facebook page made a mention of both of their birthdays, as they were born on the same day! What a coincidence, Eh?  Personally, I adore the fact that He loves her so much to post a picture of the two of them together:

They are truly real life Friendship goals. To commemorate their Birthdays, I would like to share a few pictures with you about Sophie and Sylvester goofing around each other. Hope you enjoy them!

And a Bonus Material :

With this, I wish a Happy Birthday to My Favourite Actor to ever portray the Doctor and the Most Badass Companion Ever! HAPPY SHARED BIRTHDAY, GUYS! May You have many more!

And thank you dearly for all your devoted work to Doctor Who, On and Off Screen.