Skip to content
Field ResearchRoughing it, slumming it, and facing terrible oddsThe Adventures of Zaxley Nash 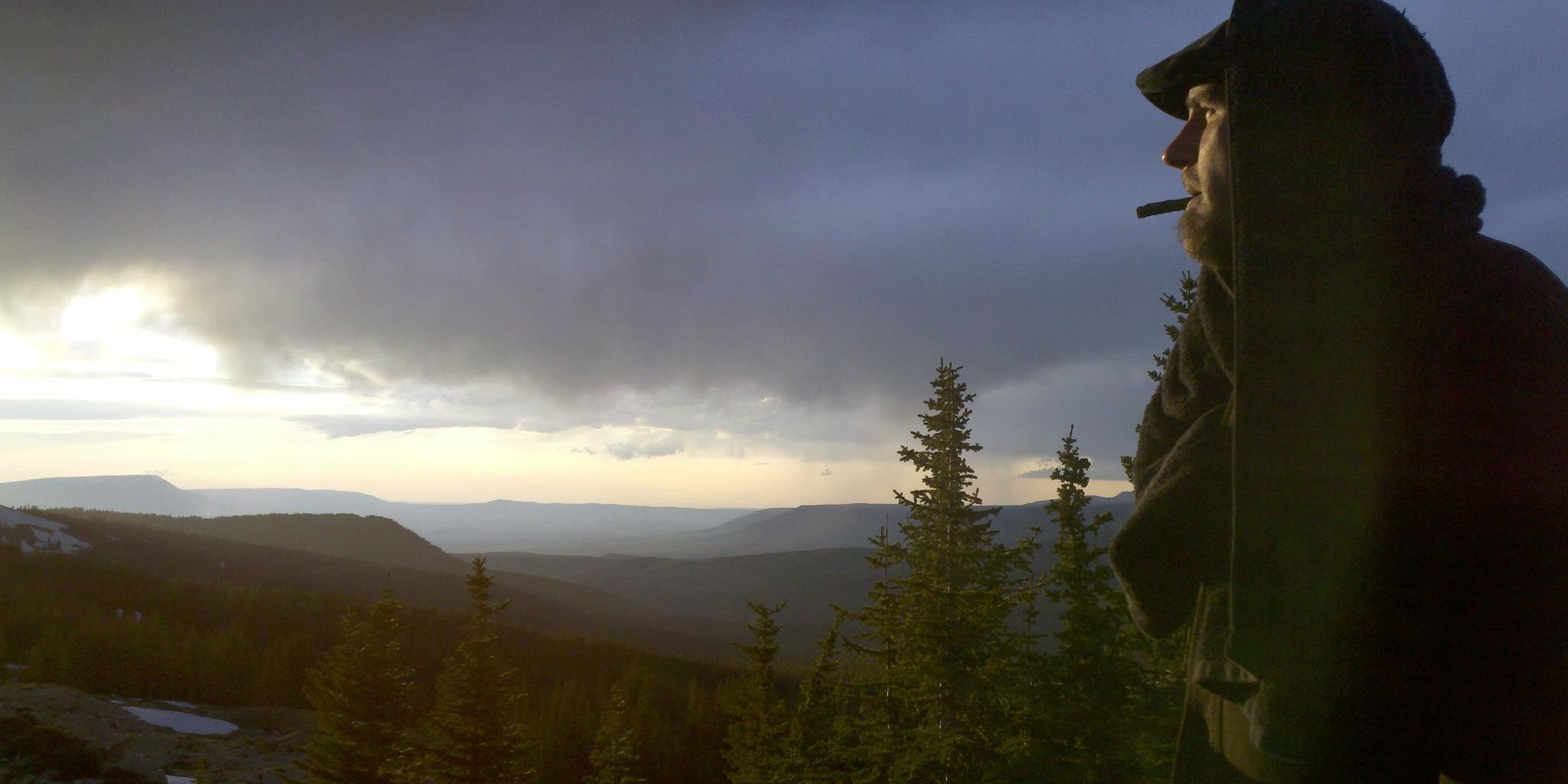 The Towel that Won the West

“It’s a tough galaxy. If you want to survive, you’ve gotta know…where your towel is.”

I have been a Hitchhiker’s Guide fanatic since I can remember. Thanks to my late father, it was always a thing in our household growing up. Whenever the BBC series was on PBS it was mandatory watching. I became a Galactic Hitchhiker on the first day of 3rd grade at a new school. I had just moved, being the new kid is always terrible, and I have always been terribly awkward with precisely those sorts of things.

After whatever happens in school offices when kids are new, I was shown to my classroom. There were a few free seats in the room, I spied one towards the back of the class, near the bookshelf. Perfect. Near the books is a great place to be. Sitting down and enduring the stares of my new classmates, I started to scan the titles on the shelf.

Mostly rubbish. Amelia Bedelia, nope. Tom Sawyer, Huck Finn, been there done that. Catains Courageous, later. It was the kind of this and that one might expect to find in a 3rd grade classroom. Just when I was about to give up and start to pay attention to whatever it was that was going on in the classroom, one title jumped off the shelf and directly into my imagination:

The More than Complete Hitchhiker’s Guide to the Galaxy.

I begged to borrow it, swore to give it back (and still have it to the day), and spent most of that night awake reading. The next day I came to class with a towel on my shoulder. How tremendously popular a towel can make a new kid at a school full of children who thought of books as a form of punishment is another story altogether, but it didn’t matter, this was my thing now.

The Galactic Hitchhiker, in situ with towel. Color, 2012.

Waiting for the weed guy, with friends. Roswell. Circa 2012.

Many years later, in the early 2000’s, and through a series of unfortunate events better covered by a 1990’s style after school special, I found myself pretty broke, more or less homeless, and a state away from the storage lot where all my stuff was. I had that old copy of the Guide, but not much else. I didn’t at that point actually know where my towel was at.

That was the first thing, I figured, that I needed to square away to start to get my proverbial shit back together in any sense. So I went to the local K-Mart, and purchased a backpack, and the bit of terry cloth that would someday become the Towel that Won the West.

My new towel renewed the sense of purpose I had been lacking. We had a great first summer together, in what I now recall as the Summer of the Tribe of the Sunburned Beer Belly. I lived from sofa to sofa, and spent most of my time at the Indiana Dunes smoking weed, knowing that this was likely the last time in my adult life I was going to get away with just being a jobless bum.

Flash forward a few years. 2011. The first Towel Day Ambassador Contest was announced. I was still fairly new to this Facebook thing, but I thought the notion was pretty neat. I told my wife I couldn’t wait to see who won, she inquired why I wasn’t running. Well, self doubt was one reason, I told her.

But I entered, I threw my towel in the contest and redefined what throwing the towel in meant.

The day the finalists were announced was the day my wife was graduating college. As she sat with all the other graduates waiting their names to be announced I got the news on Facebook that I was one of the three chosen to move on to the final round. Overjoyed and amazing I started frantically waving to my wife, who saw my enthusiastic thumbs up and cheering and thought I was cheering for her. I am a terrible husband.

I pushed really hard to win the damn thing, but I lost. I am pretty familiar with the concept of not winning, so it didn’t bother me as much, more so because in the process I had made a great group of friends. On May 26th, the day after Towel Day 2011, I founded the Galactic Hitchhikers Facebook group to keep my fellow froods rounded up.

The next year, now fully backed by a community of what was then dozens of froods I ran again for the honor of being the Towel Day Ambassador. The highway exit from my town was mile marker 42, so I slung my towel on my shoulder and went out to get a picture. This was before the TDA Contest required videos. When I see that picture now, years later, I can hear Journey of the Sorcerer.

If you recall you may not have had your mind wiped properly, but 2012 was the year we had all the trouble with the Mayans and their calendars. Due to some illegal time travel, I defeated the Mayans and became the only person to run for TDA. The choices for candidates were either vote for me, or vote for me. It was the only time I really ever won anything and I had to defeat myself to do it.

After winning the contest, fortune had it that my wife scored a job out west, in the cowboy state of Wyoming, at a Native American sacred site called the Bighorn Medicine Wheel. I found a job bartending nearby, and from that mile marker 42 we set out westward, towel in tote, towards action, adventure, and really wild things.

The Way of the West

Ten years of travel. A decade of accumulated funk. My towel has never been washed, not once. This has been a point of consternation with my wife for years, and grounds for divorce if I ever let it touch her. I have wrapped it around myself for warmth in the cold winter air in the Bighorn Mountains of Wyoming. I’ve wiped sweat from my brow in under the desert sun in Roswell, New Mexico. I’ve wrapped it around my head to ward off noxious fumes in the alleged cleanest restrooms on I-80.

It tales too long to tell I’ve used it to ward away a nest of angry bees, crazy street people, facsimile swedes, and angry moose. In the hands of a master it’s snap is unparalleled, leaving many purple welts in it’s wake.

Through my adventures my towel has picked up traces of horse sweat, spider monkey urine, and pacific coast shrimp from Panda Express. Sand from many beaches, served as a seat cover on many forms of public transit. Its been with me as I’ve as I bound across bars from Chicago to Billings. It’s been with me for a decade of diners, drive-ins, and dives, and seen sites sacred and mundane; From the rising of the Summer Solstice sun at the Medicine Wheel to the World’s Largest Truck Stop.

After the Pacific Coast Shrimp incident, my faithful travelling companion was pressed into service as a seat cover in a really beat up old car. Not just covering the enormous amount of spicy shrimp on the passenger side, it helped to pulverize said Crustacea into a fine powder that was always destined to increase the resale value of the old automobile. As a seat cover, it’s touched more butts than many of us. In getting a new car I realized that more important than the butts it has touched, it touched my heart.

The years have not been kind to my dear towel, really neither have I. This year, in honor of it’s ten years of diligent service in the name of all things hoopy, I am going to finally wash it. I’ll carefully clip all the loose threads, and see what I can do about dying it back black. It may have been white originally, but I really don’t think we can hope for that much. We’ll see what this fabric softener can do for all the hard spots, and maybe disinfect it so it doesn’t blind half of North America.

Stayed tuned, gather your towels close, The Towel that Won the West will rise again!