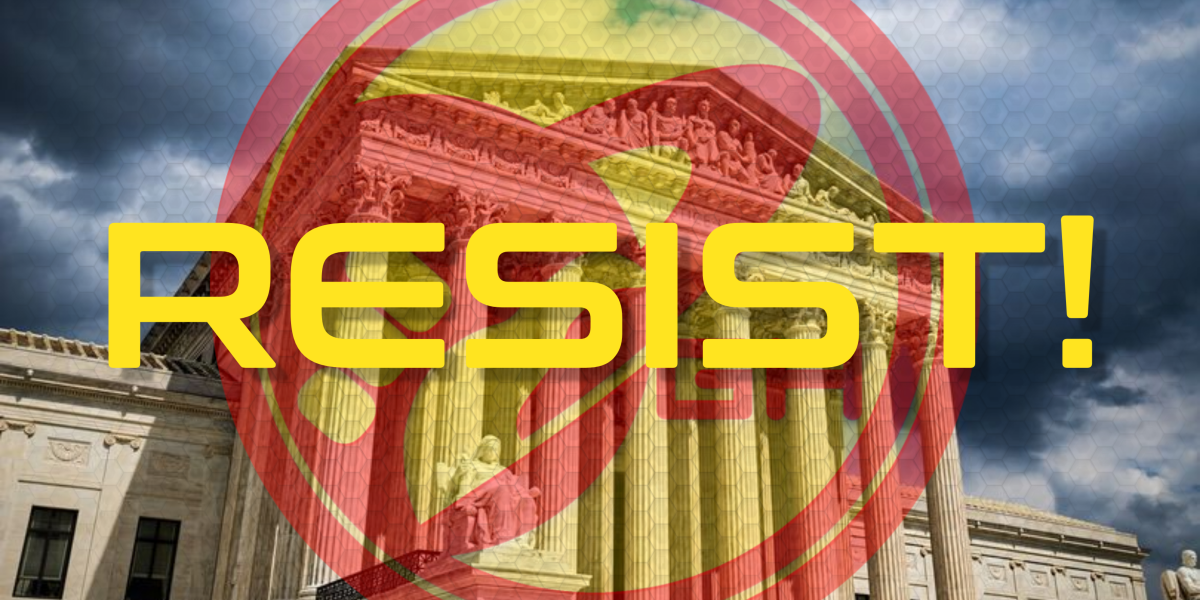 Assholes who don’t know when to just shut up and keep scrolling. This led us to create the Voldemort Initiative, which banned the name of the 45th President, and paved the way for pretty much zero political conversations. Because assholes.

NO MORE. Today the assholes have declared war on the rights of women to choose. People of Earth: The assholes cannot be allowed to win. Women’s rights are human rights. A bunch of old men have no damn right to infringe on them. SCOTUS is literally targeting marriage equality and contraceptives next.

We the People have so much more power than they think we do, and more than maybe even we realize. We have been using the internet all wrong. I say it’s time we stop just bickering and debating on the net, and rally together to raise our voices louder than ever. We need to gather our allies, and work together to protest, to march, and to vote these sons of bitches back to minimum wage jobs. We need to unify, and help each other fight the darkness that has been creeping across our lives.

I am tired of feeling helpless. I am tired of yelling into a vacuum. I am tired of seeing the world become a place that I don’t want to be a part of. So I tell you, Galactic Hitchhikers, I stand with all those whose fundamental rights are in peril. I invite you to tell me how we can all help, what we can do. I will lend any resource I have to help pave the way to a better future.

The group description has never changed, it says:

“We are science and science-fiction fanatics, social activists, and hopeful futurists. We are space-hippies and dreamers, gamers and geeks, self-professed professional slackers, forward thinkers and generally good folk.“

It’s past time we activated the activism, and built our hopeful future. It’s time that the  forward thinkers and generally good folk get a win. There are now nearly 80,000 people in this community, if we don’t rally together now, if we don’t seize on the strength of our numbers I really don’t even know what we are here for.

It’s time to be the change we want to see.