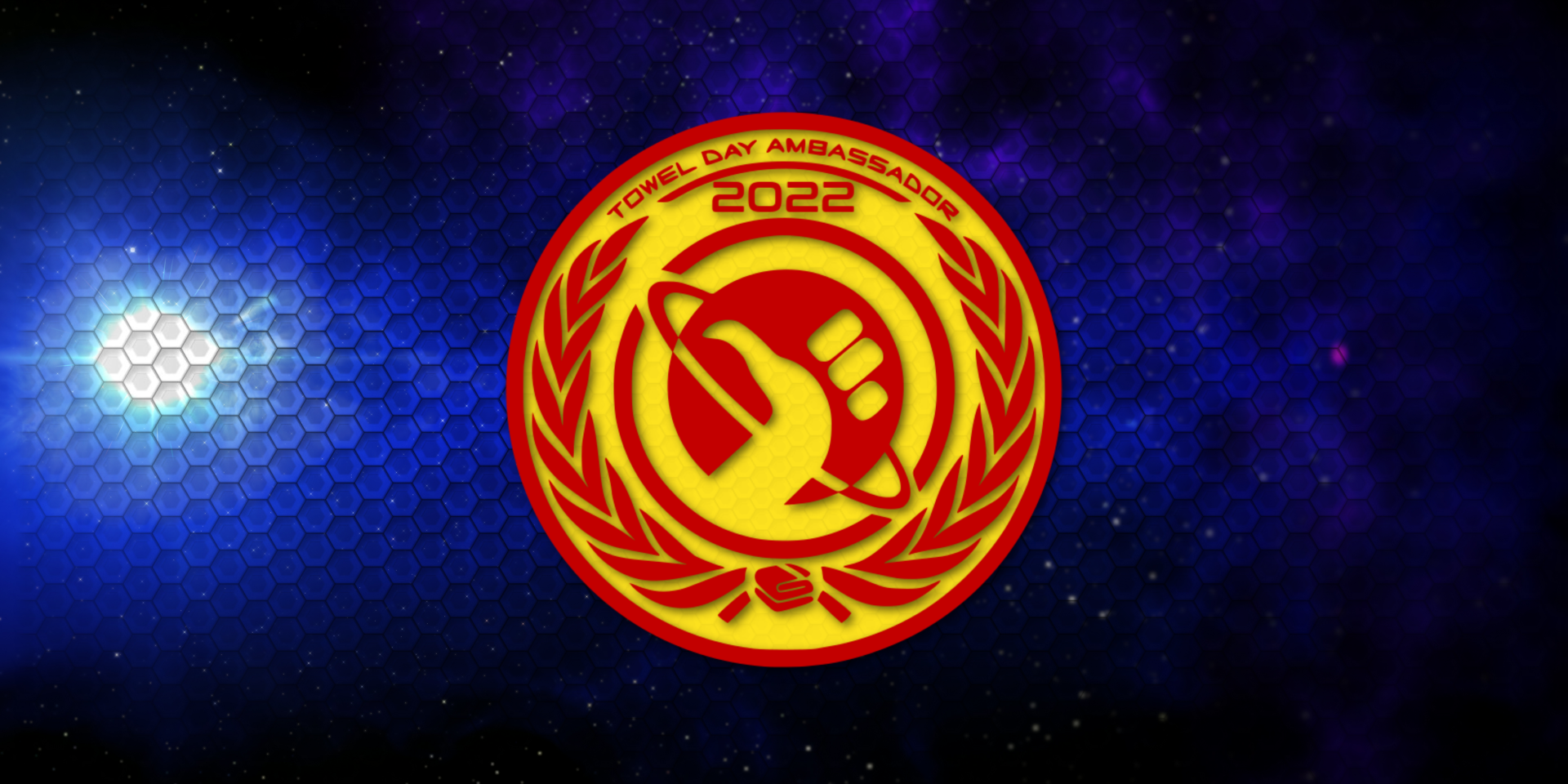 At 9:41pm Sunday the Towel Day Ambassador Contest page announced that voting has started, after the second contestant entered. Normally Galactic Hitchhikers would have boosted the signal on Sunday, or whenever the day voting begins, we frankly barely had time enough to see the second entry before voting was announced. Normally each contestant would get a post here, but since voting has been announced we have no choice but to…well, go vote. We’ve only been doing this since 2011, we have no real idea what normal is, or might be. The second entry, Gery Deer, as thrown his towel into the ring to vie for the illustrious title of 2022 Towel Day Ambassador. He faces Perkeo Flarg, for the honor of joining the exclusive ranks of the hoopy froods before him.

To Vote: Head over to the Towel Day Ambassador Contest Page

Check out the pinned post on the Towel Day Ambassador page here, to vote: comment with the name of your pick, then share the post so more froods can join in on the fun. Hurry, voting ends on March 30th!