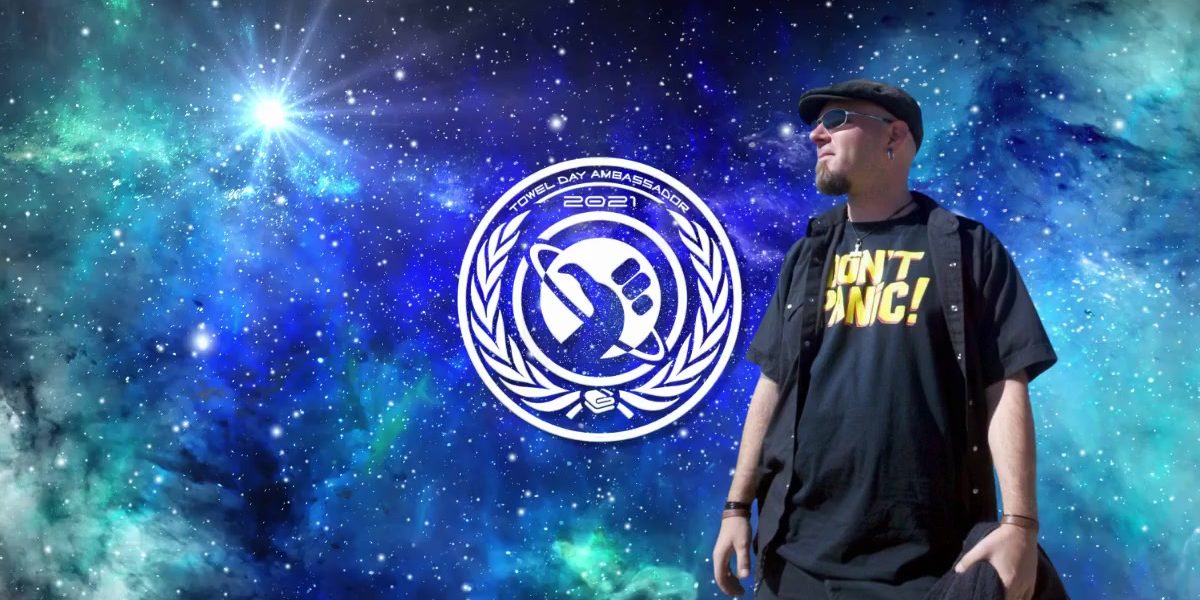 What is a Towel Day Ambassador supposed to do?

There really isn’t a right answer, rather another question: What are you going to do as Towel Day Ambassador? The prize for this most hoopy and sacred of Hitchhiker fandom institutions is the honor of the title. If your video gets voted by fans, what would you do?

While the TDA Contest is not ours, it is run independently for reasons of election integrity, most of the Towel Day Ambassadors have come from our community. Over the years it has become one of our most cherished institutions. Typically the contest starts at the same time as we begin the holy months of 90 Days of DNA, the three months preceding Towel Day when we kick into high gear, and gives us all another fun thing to look forward to as we count down the days.

Galactic Hitchhikers was founded on May 26th, 2011. One day after I did not win the contest. I had made a few really great friends, and wanted to make a place where we could all enjoy the Hitchhiker’s Guide to the Galaxy, and all of Douglas Adams works, as well as the friendship we had all found. It brings my heart joy that many of those original Galactic Hitchhikers are still with us.

This was the day my adventure really started, circa 2011.

I didn’t win in 2011, but I ran again in 2012 and won. This involves heavy abuse of a time machine and a plight to defeat the Mayans trying to take over the world with their calendars, but at risk of temporal paradox we can’t really safely get into the details. I didn’t care if I didn’t win the contest in 2011, I decided to do the job anyways. Winning in 2012 was just a late reward, as far as I am concerned.

Because of the Towel Day Ambassador Contest I found purpose. I found friendship, and comradery. From being amazed when GH got it’s first 42 members, until today when our community ranks have swelled to over 38,000, my mission in life has become to rally together the fans of that wholly remarkable book. We gather our tribe, we share our ride. We don’t panic, we know where our towels are, and I hope we aim to do something that Douglas Adams would be proud of.

What would you do if you were elected Towel Day Ambassador?