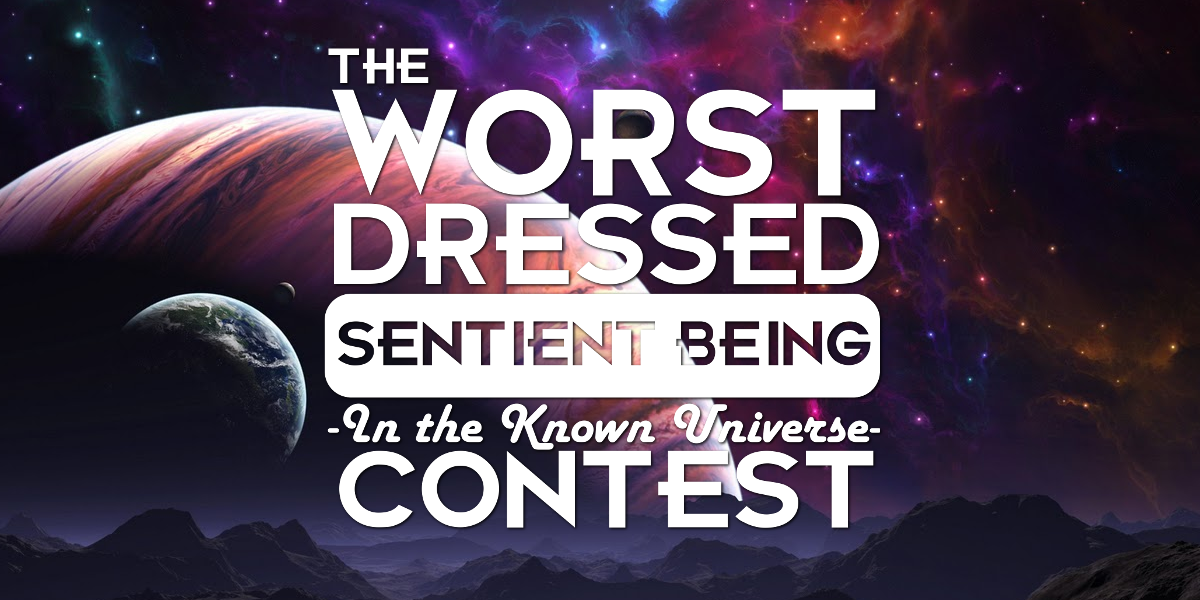 With the first entry the contest has gone to the dogs. Well, at least one of them anyways. After some conversation and deliberation, careful consideration, and a small degree of scientific citation as to what exactly it is that constitutes being sentient; Sonny the dog enters the Worst Dressed Sentient Being in the Known Universe Contest!

Like so many movies of the 1990’s, Galactic Hitchhikers flipped through the rulebook and determined that there was no rule saying a dog could not enter. (A precedent known in some circles as the Airbud Clause.) We were thinking human, humanoid, or at least 4 ducks in a man suit, but doggone it who are we to judge?

He certainly is a terrible dresser. He even looks like he knows it. Let’s wish this good boy good luck against his humanoid competition. We aren’t sure what he would do with the T-Shirt if he wins, but we’d be happy to throw him a bone.

Submit a 1-2 minute YouTube video highlighting your horrid sense of fashion before May 18th! Voting will run from May 18th until Towel Day on May 25th. We’ll announce the winners during the Galactic Hitchhikers Towel Day Live Stream!

Click the button below to see all the contest details and submit your entry!

Show off your style (or lack thereof) and win prizes!