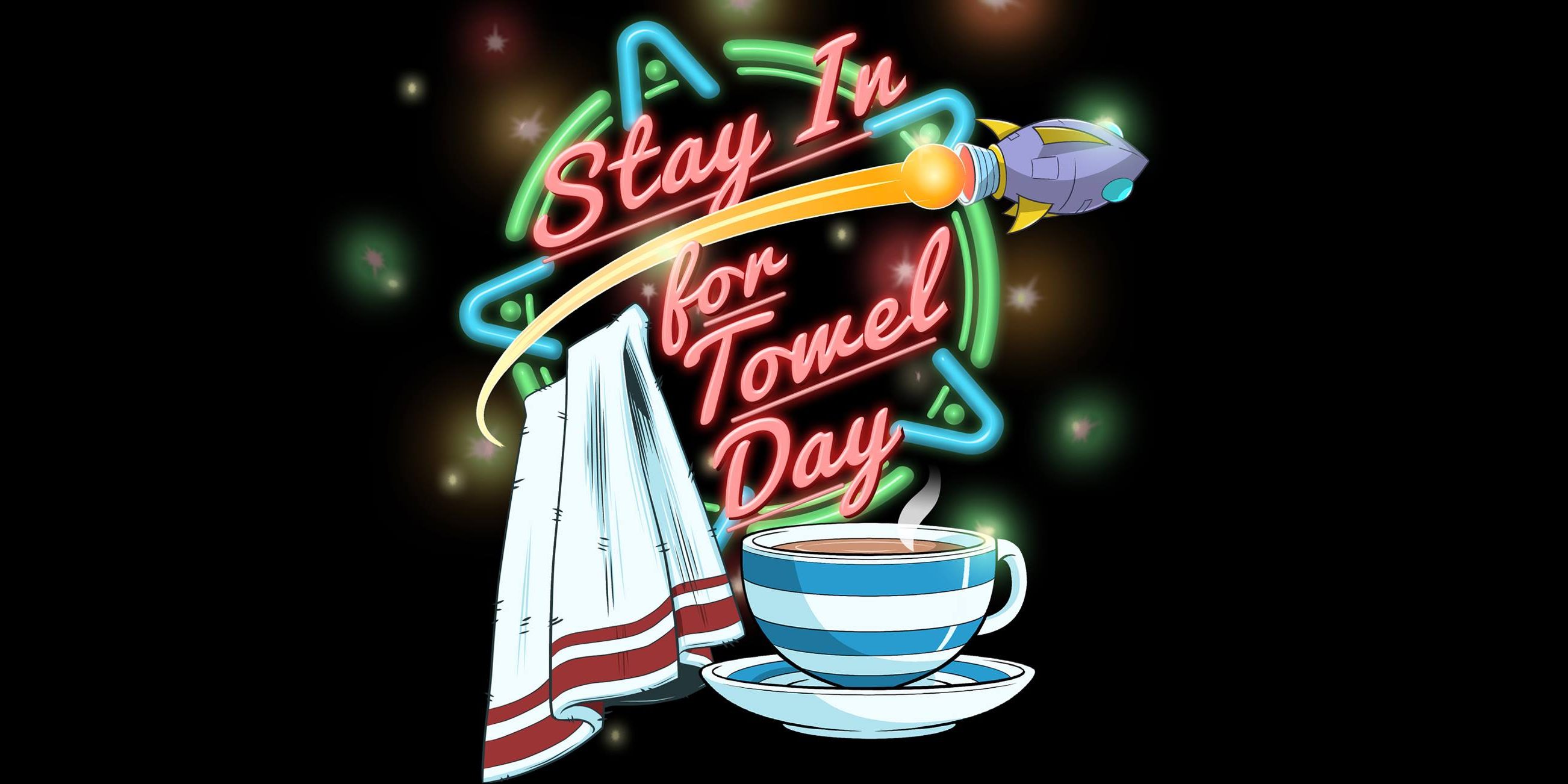 Stand Up for Towel Day and Save the Rhino International invite you to a raucous evening of fun and merriment to celebrate all things ‘The Hitchhiker’s Guide to the Galaxy’.

Since 2017 Stand Up for Towel Day has provided a place to gather after a long day of towel carrying for stand-up comedy, slam poetry, sketches, improv and more in homage to H2G2.

This year, Save the Rhino International is teaming up with Stand up for Towel Day curator Rachel Wheeley to bring you 2020’s edition of the event. Due to the UK’s COVID-19 lock down, we now ask you to grab your towel and join us for ‘Stay in for Towel Day’ from the warmth and comfort of your own sofa.

What is Towel Day?

Towel Day is an annual celebration as a tribute to the late author Douglas Adams (1952-2001), author of The Hitchhiker’s Guide to the Galaxy and Save the Rhino International founding patron. In ‘H2G2’ Douglas wrote. ‘A towel, it says, is about the most massively useful thing an interstellar hitchhiker can have. Partly it has great practical value…’’ On 25 May each year, fans carry a towel in Douglas’ honour.

This year’s programme, adapted for live streaming, is varied and exciting. It includes:

More acts to be announced.

Adams became interested in conservation in 1985 after the Observer Magazine sent him to investigate Madagascar’s endangered Aye-aye, accompanied by zoologist Mark Carwardine.

This resulted in a radio series for the BBC and a book, both entitled Last Chance to See, in which he and Mark visited rare species including the northern white rhinos of Garamba National Park in the Democratic Republic of Congo.

Douglas Adams became a founder patron of Save the Rhino in 1994. He climbed participated in a climb of Mount Kilimanjaro while wearing a rhino costume, and was a dedicated spokesperson for Save the Rhino right up until his death in 2001 at the age of 49.