Life, Music, and Everything

You are here:
Life, the Universe, and EverythingThe Adventures of Zaxley Nash 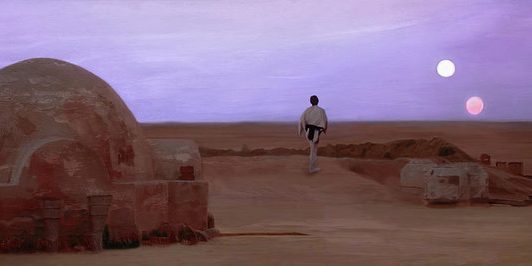 Music means so much in my life.

I always have a song in my head, and love to spend endless hours, sometimes sober, typically drunken and/or stoned, relishing in the emotion and nostalgia found in good tunes. I am a man known in my house to weep while watching Little Orphan Annie.

I am fascinated by what a song can do to us. The associations our brains make, in time and space, and place are simply amazing. I heard a song from high school on the radio, and I am transported to a sunny 5pm a decade and a half ago, in the passenger seat of my buddy Josh’s parents’ van, mulling on some girl that had dumped me.

Nothings stands as a song in our memories. Nothing can make you feel like music, feelings that can shake the soul and evoke cascades of memories. I find it further fascinating that by some unknown auspice of the universe the songs I need to hear sometimes seem to find their way to my ear at just the right time.

I really hate Christmas. The reasons are too numerous and varied to get into within the scope of this bit, but a large portion of it is being stuck working at an establishment that pumps festive music for eleven hour shifts. Last year we used around fifteen Pandora stations that each played that zarking Mariah Carey song three times an hour. Do the math, all I want for Christmas is a time machine so I can go back in time and arrange an unfortunate accident involving a semi truck for her parents before she was born.

This year I decided to take a vested interest in the playlist, for sanity sake.

Now we are using Spotify, so there is a lot more control of exactly what songs play. I wish someone would pay me to have said that. Moving on, I filled the list with far more tolerable and diverse fare. Seventeen Hundred some-odd songs. I tried, mostly in vain, because of the nature of the beast to avoid too many versions of the same songs. I of course put the whole Bad Religion Christmas Album, as well as dozens of blues tunes, Bob and Doug’s Twelve Days of Christmas, and of course, Cheech and Chong’s Santa Clause and His Old Lady. A myriad of this and that, and for the most part as obscure as I could find.

The other day was a doozie at work. Stress, high pace, stress, and a to do list that has become akin to pushing a rock up a hill in Tartarus has got me a bit worn down. Doing so for just enough pay to get by but not to thrive, let alone afford nice things like health care and a 401K doubly so. We all know the story I am sure, and I am sure many are living it too.

Vogons in the White House. A planet in the throws of science denial during this, the great turning point in our climate crisis. Assaults and attacks on our rights, all of our human rights. Lies sold as truth, the bitterness and coldness of people growing like a cancer in social media, atrocities and travesties at every turn. When the hell are we going to do ANYTHING about the epidemic of shootings? Anything at all? Frankly friends, all this shit has really beat the crap out of me. The rising feeling of helplessness, and frustration found therein.

As I walked from the back of the house to sales floor of the shop, trying to shake off at least some part of the gloom that followed me, a song I had forgotten I added began to play. Star Wars: The Force Theme by John Williams. You know, the Luke standing in the twin sunsets song. I had completely forgotten adding it, and  a lot of the rest of the Star Wars soundtracks. Why not? For me there are very few other soundtracks that encompass my Christmas ghosts from long ago, in a galaxy far away.

I stood in the threshold of the doorway, frozen for a brief infinity of a second. I was taken back to a simpler time, garbed in a Return of the Jedi bath robe, a flashlight tucked into the belt. In my mind’s eye then, and suddenly again now I was standing in that desert, I was gazing with longing and hope towards those two suns. With a rush of liquid memories my mind was flooded with everything I used to tell myself that I believed. From a time when I believed in all I hoped for, and hoped for everything that I believed.

It might seem like we’ll never get away from our struggles. Luke never thought he would leave Tatooine. When the time came Luke rose to the challenges that were set before him. It wasn’t easy, and it isn’t easy for us. But if a farm boy can destroy the Death Star, we can certainly rise when the time comes to our own challenges.

We can vote the Vogon out. We can defend the rights of everyone. We can seize on the genius and ingenuity that has put us on the moon, and strive towards the stars; We can unite and fix out planet. Let’s spread hope, let it be the cure to what ails us. We fight with wisdom and word for truth, and justice, and a better life for all beings. If one person reads this, I hope you’ll join me. Tuck the flashlight under the belt of your bathrobe, grab a towel, and be what the world needs most right now…