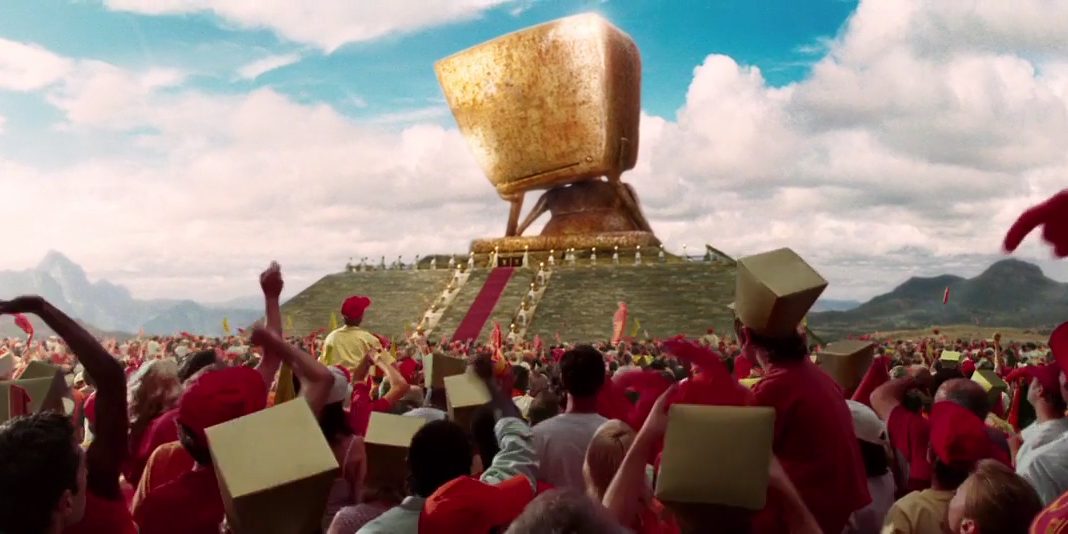 The 2005 Hitchhiker's Guide Movie Was Fine, You're Just a Jerk

A nice semi-inflammatory title to get your attention, now we can start talking. Since 2005 I have heard nothing but moaning about the Hitchhiker’s Guide to the Galaxy movie. It was just awful right? Why?

Because it wasn’t exactly like the books, or the radio series, or the 1981 TV show?

Because the plot was a bit different? Because Zaphod’s heads were not aligned in a way that we feel a man from Betelgeuse’s heads should be? He had three arms, did we check to make sure it was a third arm on the correct side? Are we just being too particular? No film is ever going to live up to all of our expectations. Whether it was exactly like the books or not, just because you did not care for the film does not ruin the other incarnations of the series.

“All opinions are not equal. Some are a very great deal more robust, sophisticated and well supported in logic and argument than others.”

― Douglas Adams, The Salmon of Doubt

Personally I just relax, and find reasons to love the thing for what it is rather than what it is not.

Some time ago, Galactic Hitchhikers had the amazing opportunity to talk to Kevin Jon Davies, who worked on the animation team with the 1981 TV series. He told us that on his visit to the set of the movie that he truly believed everyone involved was doing their best for Douglas. Isn’t that enough?

Sure Zaphod’s heads weren’t right, but wasn’t Sam Rockwell great? No, Trillion wasn’t blonde, but you have to love Zooey Deschanel, she’s cute and you know it. Martin Freeman and Mos Def had a great chemistry as Arthur and Ford. Stephen Fry as the voice of the book? Fabulous! Marvin was perfect in every way, nobody can deny that Alan Rickman was amazing and that we all love Warwick Davis. I could, and probably should go on; but it should suffice to say that I think the casting was brilliant.

What about the look of the film? Tell me that it was not visually amazing, tell me it didn’t feel like it should have. The Vogons were vogony, their ships hung in the sky in precisely the way bricks don’t. The towels were everything a towel ought to be. No, the Heart of Gold did not look like a running shoe, but it was pretty cool nonetheless.

Yet still people who claim they love the Hitchhiker’s Guide to the Galaxy love to bitch and moan about the movie, and wonder they never made the Restaurant at the End of the Universe. Restaurant at the End of the Universe is akin to the Empire Strikes back of the Guide series, where the story gets good and really finds it’s groove. I would have loved to have seen it made into a motion picture.

The only regret I have about the film is that in 2005 this Hitchhiker was far too broke to buy all the toys like I should have. (If anyone has a 10″ light up Marvin they want to donate to a somewhat great cause, message me.) 😉

I bring all this up again because of the recent announcement that there will soon be a new Hitchhiker’s Guide to the Galaxy on Hulu. As expected, I have already seen folks in our fandom condemning the project. I have to admit I have expectations, and anxieties about it, but overall I am very excited to see what they do with it. My anxieties are three fold: First is that this is a show that I will have to pay Hulu to see, yet another streaming service to pay for. Secondly it is a show that I am almost mandated to watch and keep up with, being the founder of a rather large fan community. Third and primarily I am not looking forward to toxic fandoms ruining the good time of those of us who will just try to enjoy the show, good, bad, or Disney.

So here is my request of you, the froods and fans of that wholly remarkable book: Just try to love the show. And if you don’t end up caring for it, please just let us enjoy it. Only a jerk, a complete kneebiter, will rain on the happiness of others because they don’t enjoy something.