You are here:
Humor and SatireLife, the Universe, and Everything 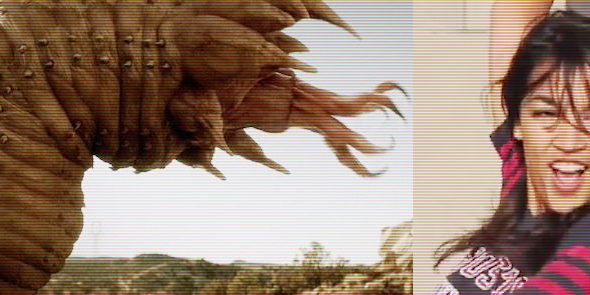 In US news, a stunning resolution backed by the GOP led Senate, and signed by Executive Order by the President. America is now under that town from Footloose law. Dancing has been banned country wide in response to a now viral video “leak” which reveals freshman Congresswoman Alexandria Ocasio-Cortez getting her groove on with friends on a rooftop.

“That’s how they get you. They’re under the goddamn ground!”

“Look what happened to Kevin Bacon and his friends,” quoted religious fanatic and Indiana favorite Vice President Mike Pence. “They started dancing, and Graboids attacked the town. This is a public safety concern.”

Ocasio-Cortez was not available for comment, but in response she was recently seen

dancing her way into her office, in defiance of GOP sensibilities and dire warnings from history.  Inside sources reveal that the Department of Homeland Security is looking to contract a specialist to deal with the dancing menace, but as of this report Burt Gummer was not available for comment.