You are here:
OpinionPolitics and World Events 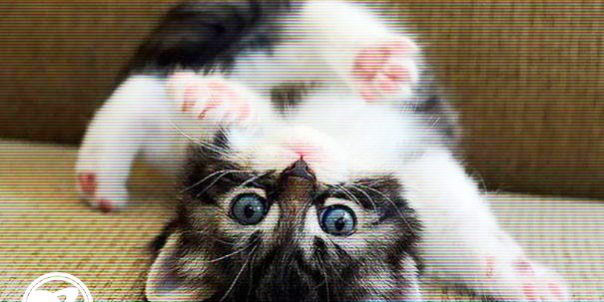 (Forward: Trigger warning- The following contains some somewhat partisan politics, satire, and things that are bound to make somebody out there mad. If you become offended by this community outreach consider the soothing kitten image attached along with it, or that there are airlocks located on each deck for your ease of egress.)

In our community, we do everything we can to be all inclusive. We want everyone who would speak “friend” and enter to be among the hip and the hoopy. If you’ve been with us for any amount of time, you will have seen that we moderators of this community try so very hard to keep the middle ground in all things. We encourage civil and intelligent discourse, especially on the tough topics of these times we live in. It is vital to the survival of our species that we discuss, as founder of Galactic Hitchhikers my vision for us is that we should be leaders in forward thinking futurism. With nearly ten thousand members our ability to reach out to the world has grown strong, our voices have gotten significantly louder. It has become a responsibility of our community to represent the very best mankind has to offer. As science fiction fans this should come as a no-brainer. We want more Star Trek and less Mad Max on the horizon.

We do everything we can to unite our community. We preach to “just keep scrolling,” as one of our highest laws. We try to kindle understanding, and to seek understanding. We strive to see the other side’s point of view in any argument or debate. At the core of this community, at our very heart Galactic Hitchhikers is about just agreeing to disagree if needed and going about our day. We never like to be so polarizing as to side with one political party over another; despite the fact that most of the moderators and admins in this community are obviously very liberal. We are not want of a line drawn in the sand, because our belief is that we are all citizens of the same world. We want to unite under the banner of all the people of Earth, and move into a future bright, and resplendent with hope and kindness for all.

Whether we want a line drawn in the sand or not, it has been drawn for us: Nationalism.

“Nationalism is an infantile disease. It is the measles of mankind.” -Albert Einstein

“You know, they have a word. It sort of became old-fashioned. It’s called a nationalist,” he continued. “And I say, ‘Really, we’re not supposed to use that word?’ You know what I am? I’m a nationalist. … Use that word.”
The crowd broke out into chants of “USA” in response.

The concept of nationalism is diametrically opposed to everything Galactic Hitchhikers works and strives towards. We are a global community. With members on nearly every continent, we will in no way engender or endorse the archaic concept that one nation or geographic locale is superior to another. It is only if we can manage to act as one people, one united Earth, that we stand any chance at saving our world. We can no longer accept or tolerate siding with leaders that act in opposition to the best hopes of humanity. If we have hope left, it rests on our shoulders.

They drew a line in the sand, we drew one parallel to it. Then we drew two parallel lines vertically centered on the axis of the previous two. They drew an “X” in one of the squares made from this joining of sets of parallel lines, we drew an “O.” Before all too long we realized that this game is silly, the only winning move is not to play. They yelled “Yahtzee,” and swore that they called that they get to be the race car before we started playing.

“But her emails though”

Political posts in our community are not officially banned, but nor are they encouraged. As per our guidelines found in the GH Constitution posts are to be obvious satire, or of a bipartisan nature. Near the end of Earth year 2016 this became a real struggle.

“We know that there will be world events we’ll want to talk about, we all have to work at our conversations being a comfort and strive towards unity, rather than letting our differences in opinion or belief divide us.”

Some have asked that political posts be banned outright. Some of those people “asked” in such a fashion as they were banned outright. While the GH admin staff in no way want this group to turn into what so many others have become, that is political shitposting sites, we do not want to halt our ability to have these discussions as a community of like minded people. Our admin team works very very hard to keep the riff-raff at bay. For every one post that members of our community have quarreled, there have been literally ten posts that we have quietly taken down to avoid conflict. Even if we agree with the post, or find it funny.

We admins of Galactic Hitchhikers do not want to limit the free speech of our community members, but nor do we want this group to become a rabble of assholes. At the end of the day we are peacekeepers, not censors. Pursuant to keeping the peace, being the liberal snowflakes that many think we are, and still making a satirical jab at the radical right; The Voldemort Initiative:

“Like Voldemort in Harry Potter, it should be considered taboo, bad luck, and dangerous to mention the name of the 45th President of the United States; by mention in words, or by meme, or shared links until such a time as he leaves office or we find and destroy all of his Horcruxes.”

There will be no penalty for the mention, but it will be treated as a high level social faux pas. The community response to violations of the Voldemort Initiative shall be nothing more to utterly ignore the post and just keep scrolling, for to engage the post by comment or by Facebook reaction is to bring the curse of the name upon yourself.

While this mostly pertains to our community at Galactic Hitchhikers, we hope that other communities online will take on this standard. It is our time to rise up with the power of reason, people of Earth. RESIST! Resist and keep resisting until we prevail, the future depends on it!