You are here:
Life, the Universe, and Everything 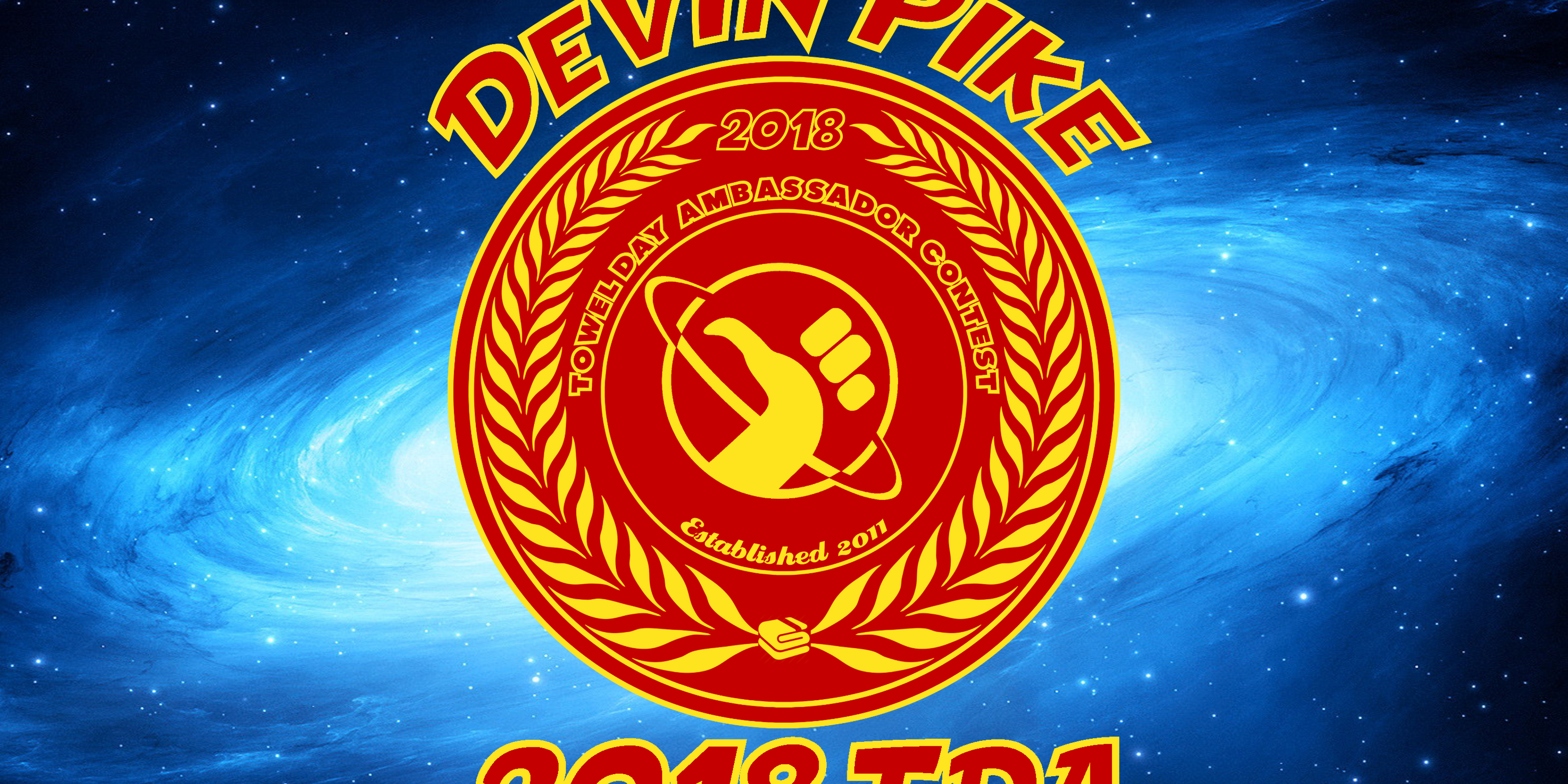 The votes have been tallied, and we have a winner! Congratulations Devin Pike, our 2018 Intergalactic Towel Day Ambassador!

Each year since 2011 Hitchhiker fans and Douglas Adams fanatics vote to democratically decide on a representative for Earth as the Intergalactic Towel Day Ambassador. Contestants are asked to make a two minute YouTube video, explaining why they would be right for the job.

We had some great entries this year, with candidates from around the world. After three

rounds of elimination Devin prevailed as the most popular choice to represent fan community for the year. Alongside Devin to help in Ambassadorial duties he is joined by fellow Galactic Hitchhiker and editor of You and 42, Anthony Burdge representing New York and Asia. GH Alumni Demetria Blacksmith will represent Europe, Canada and South America.Long time Galactic Hitchhiker D’Arcy Mies, who knows what a “frunchroom” is, will represent  Illinois and Antarctica. The very Swedish Stefan Gemzell will take care of all Nordic Nations and Africa. And last but not least Gio Myhre is representing Maine and Australia, which makes a great deal of sense because both places have kangaroos. Right? (Citation Needed)

“The HITCHHIKER’S books were an integral part of my youth. I love DIRK GENTLY. Really, damned near everything Adams wrote sings to a part of my brain.”

Our new Ambassador credits his victory to his friends, saying he has an army of them,

and that he doesn’t deserve them. Devin says he intended to run in 2017, but a resurgence of throat cancer made it impossible. Not to be daunted, and with the support of that army of his, Devin fought and beat the cancer into remission. To show their support, when his friends found out he was fighting cancer again, they held a benefit screening of FERRIS BUELLER’S DAY OFF at a local Alamo Drafthouse.   In February after Devin says he got the remission ribbon he decided to have a go at the contest, encouraged in part to throw his hat in the ring by 2016 TDA Lisa Orozco and 2017 TDA Hillary Block.

Devin tells us he is working on an “Improbability Party Pack,” which would allow anyone to throw a Towel Day shindig in their town with downloadable assets, Spotify playlist, drink recipes, pretty much “plug-n-play” for H2G2 / Adams fans. Sounds like our new Ambassador is off to a great start!