You are here:
From the EditorsLife, the Universe, and EverythingSub-Etha 42Sub-Etha Interviews 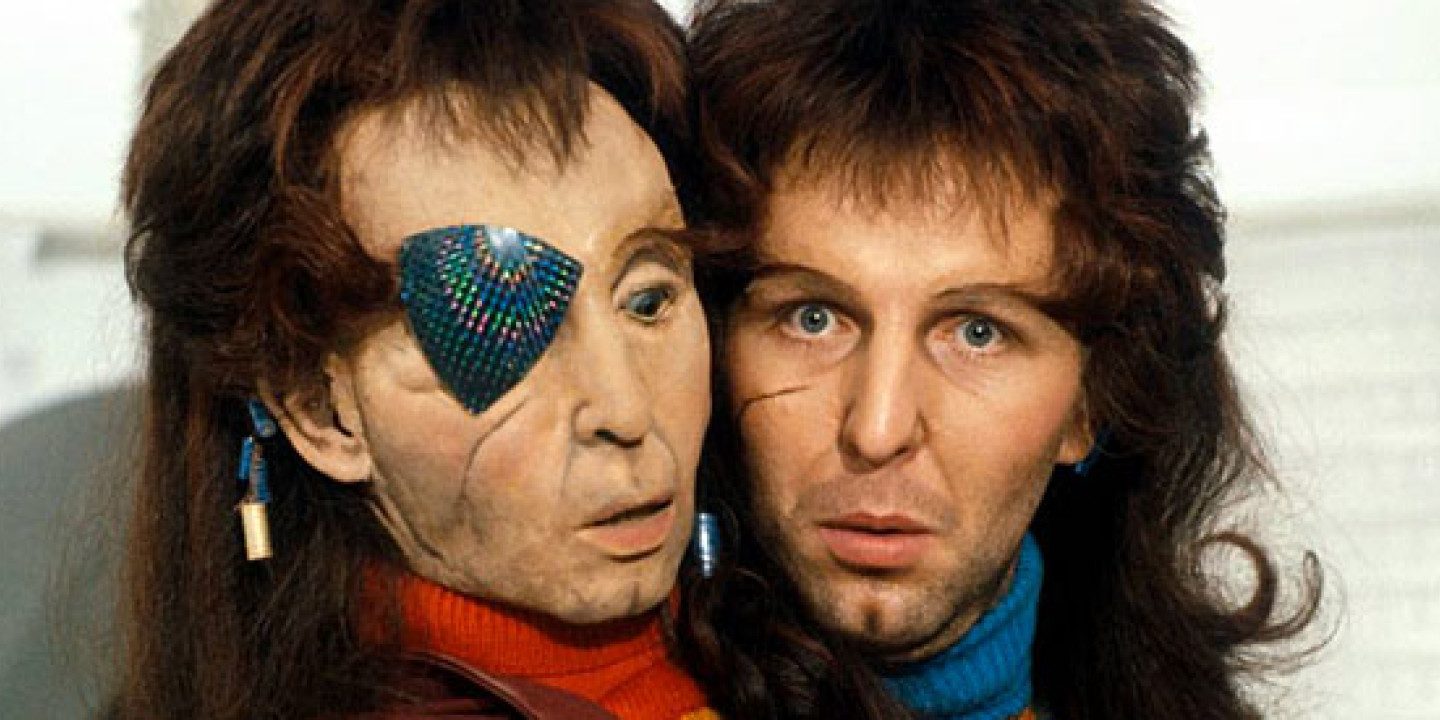 It is with great pleasure that I introduce to you all our faithful froods the 1st in a new Galactic Hitchhiker’s feature: Hoopy Frood Interviews!
The idea for this feature began in March 2016 as I was formulating content ideas for You and 42: A Douglas Adams Fan Anthology. I felt it would be great to get something in the book direct from folks involved in HG2G productions. I wrote to Mark Wing-Davey aka Zaphod Beeblebrox and received a very nice reply from him and his assistant. For those who may or may not know Mark Wing-Davey is the Chairperson, and Arts Professor, of Graduate Acting at NYU Tisch School of the Arts (Read up on his career here) In 2015 I wrote to him to see if we could meet up for Towel Day and to buy him a pint, but our schedules didn’t allow it. Since then Mark and his assistant have been kind enough to write with concern to new productions such as “The Double Man.”  I wrote of The Double Man on a past incarnation of the Galactic Hitchhikers website, but unfortunately the article was lost due to the server switch.
In correspondence with Mark we arranged an interview with him, which I would then transcribe into a cohesive narrative for You and 42. We met with Mark via Skype where the interview was recorded. It is just about an hour long and has lots of great material about Mark’s career, time working on the Hg2g radio and television series, thoughts on Douglas Adams and much more!

CLICK ON THE PLAY BUTTON BELOW to hear the interview in its entirety. Unfortunately Jared had a few microphone issues on his end so he had to ask Mark his questions via Skype text chat. This means you will hear a bit of dead air and then Mark answering the question, or Zaxley and I asking the question for Jared.

We had such as great time chatting with Mark and are humbled, honored, and grateful to have had the opportunity to do so. The discussion was alot of fun, full of laughs and very informative.
Thank you Mark for your time and the chance to speak with you!

In discussion with Galactic Hitchhiker’s Founder Zaxley Nash, our Sub-Etha Channel 42 Engineer Jared McLaughlin and myself, we felt this was something we wanted to continue and be a GH feature. Our next interview to be posted soon was with Kevin Jon Davies who has had a long fan and professional career associated with The Hitchhiker’s Guide to the Galaxy. Davies worked on graphics for the television series, interviewed Douglas Adams on numerous occasions, is a highly regarded documentarian, for example “The Making of ‘The Hitch-Hiker’s Guide to the Galaxy’ which used archive footage and new specially shot material. The forthcoming interview with Kevin, we speak with him about his career, which shall also be transcribed for You and 42.
We are honored to have Kevin as a part of our Galactic Hitchhikers Facebook Community, which can be found here
Click here to read more of Kevin’s career from his bio on the website for Lazlar Lyricon 3  Plus I reviewed his book The Illustrated Hitchhiker’s Guide to the Galaxy
Additionally we interviewed author Keith DeCandido, which shall be added to our featured interview section soon!

We now have 3 interviews in the can and are currently working toward additional shows.  We hope you enjoy these interviews and look forward to your thoughts.